Explained: How the world can force Russia to the negotiation table six months into the Ukraine war Ukrainian firefighters put out a fire in a house following Russian shelling. AFP

24 August is Ukraine’s independence day – the day when, in 1990, the Supreme Soviet of the Ukrainian Soviet Socialist Republic approved the Act of Declaration of Independence at a special session. Thirty-four years on, this historic day also marks six months since the beginning of Russia’s war of aggression against its neighbour.

Russia’s invasion has been catastrophic in several ways and there are no signs that the war will come to an end anytime soon. People take part in a demonstration marking Ukraine’s Independence Day and the six-month anniversary of the Russian invasion of Ukraine. AFP

According to the Office of the High Commissioner for Human Rights, more than 5,000 civilians have been killed in Ukraine as a direct result of the fighting and almost 8,000 have been injured. These officially verified figures are unlikely to capture the totality of Ukrainian civilian casualties. Even this conservative estimate of deaths already outstrips by half the number of people killed in 30 years of civil war in Northern Ireland.

In addition, out of a total population of just over 40 million, 7 million Ukrainians have had to move from their home towns to other places inside Ukraine since the beginning of the war. And by 17 August, at least another 6.6 million Ukrainians had been recorded fleeing the country by UNHCR, the UN refugee agency.

Add to that the economic effects of Russia’s systematic and increasing targeting of Ukrainian infrastructure, and Ukraine’s GDP is projected to contract by 45 per cent in 2022. The estimated damage to infrastructure stands at over US $100 billion (£847 million) so far, and the associated negative environmental impact of the war is likely to last for generations.

And while Ukraine’s defenders have killed an estimated 15,000 Russian invaders and their proxies since the beginning of the war and injured approximately three times that number – already exceeding Soviet losses from the disastrous campaign in Afghanistan between 1979 and 1989, some 9,000 Ukrainian soldiers have also lost their lives.

Beyond Ukraine, the war has created a growing global food crisis and fears of a world-wide recession amid an increasing cost-of-living crisis to which there are few credible solutions.

While organisations such as the UN don’t have a perfect track record when it comes to dealing with armed conflict, it is often the leaders of the warring parties who are the critical stumbling block for peace.

These insights are also borne out in the war in Ukraine. While the fractious nature of international politics has become more entrenched and divisions between the “west and the rest” have deepened, there have been some small successes of late, such as the UN and Turkish mediated agreements on the resumption of Ukrainian grain exports and an inspection mission by the International Atomic Energy Agency of the Zaporizhzhia nuclear plant.

However, all the indications are that such successes, important as they potentially are for specific issues, do not foreshadow an imminent end to the fighting in Ukraine, let alone a comprehensive agreement between Moscow and Kyiv that would restore the country’s sovereignty and territorial integrity and bring security and stability back to the European continent.

Not only has Russia’s permanent representative to the UN institutions in Geneva, Gennady Gatilov, completely ruled out the possibility of a peace deal with Ukraine, but both sides have further upped their rhetoric over the past few days signalling their continued determination to keep fighting. 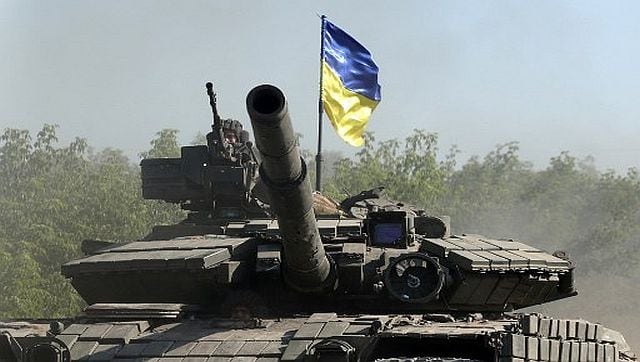 Russia’s invasion has been catastrophic in several ways and there are no signs that the war will come to an end anytime soon. AFP

Russia, for example, has accused Ukraine of being behind the killing of Darya Dugina, the daughter of a Russian nationalist said to have inspired Russian President Vladimir Putin’s neo-imperialist aspirations in the post-Soviet space. Ukraine has denied this.

Ukraine, in turn, has vowed to retake Crimea and warned of a powerful response to any potential Russian attacks on Ukraine’s independence day. This must also be seen against the background of a significant uptick in Ukrainian airstrikes against Russian supply lines and a number of successful special forces operations in Crimea. As the west continues to pledge, and deliver, more military aid to Ukraine, Kyiv’s capabilities and determination to defeat, rather than negotiate with, Russia are likely to increase.

That said, both sides have begun to dig in for the long haul and reorientated their efforts towards defence. Russia has now deployed some 60 per cent of its troops in Ukraine to the south in an effort to stave off a Ukrainian offensive there and rejected withdrawing its troops from the Zaporizhzhia nuclear plant. Ukraine, meanwhile, is going ahead with plans to evacuate the civilian population from areas it still controls in Donetsk in an effort to defend these areas more effectively.

All of this points to a continuation of the misery that Russia has already inflicted on Ukraine and beyond, although perhaps not at the scale seen to date. While a military solution to this war appears no more likely now than it was when Russian efforts to take the Ukrainian capital, Kyiv, failed by the end of March and Moscow withdrew its forces from there, neither is ready for a return to negotiations. Thus, the only credible way to accelerate a negotiated settlement that will stick, rather than suffer the fate of the Minsk accords, is for Ukraine and its partners to hold their nerve and increase the Kremlin’s costs for waging this war.

This article is republished from The Conversation under a Creative Commons license. Read the original article.