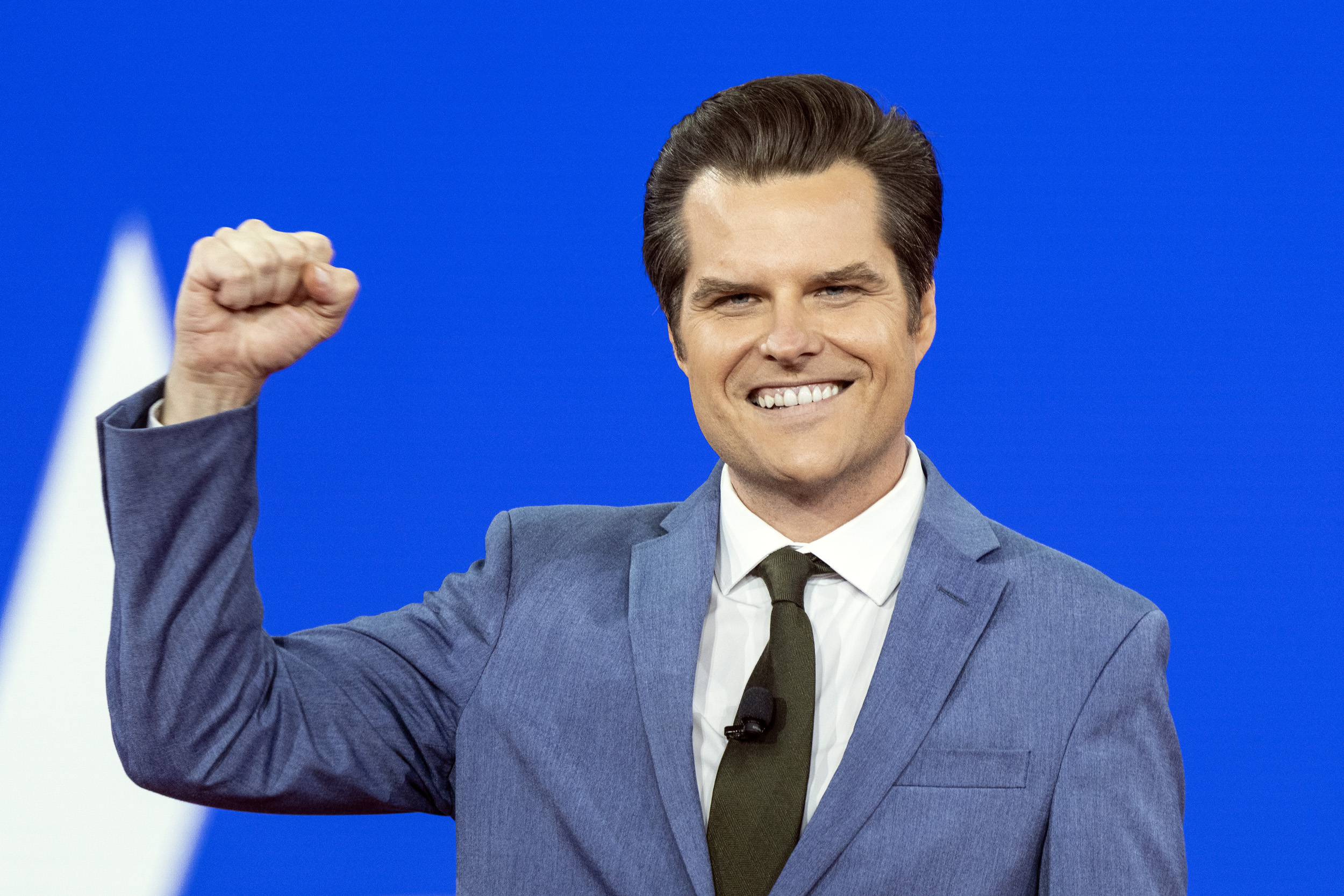 MIAMI — Rep. Matt Gaetz defeated his Republican primary opponent Tuesday in one of Florida’s most conservative congressional districts, NBC News projects, where voters declined to hold a federal sex crimes investigation against him.

But ultimately, Trump’s endorsement — and Gaetz’s deep roots and relentless campaigning in the district — carried the day for the incumbent, who served as a state representative from the Panhandle area of Florida before winning his congressional seat in 2016.

Trump is dominant in the district, which he carried by more than 33 percentage points in 2020.

In one commercial, Lombardo insinuated, without evidence, that Gaetz was an informant who ultimately gave the FBI evidence to execute a search warrant Aug. 8 at Trump’s Mar-a-Lago estate.

Another Lombardo ad played up reports of a sex-filled Bahamas trip that’s part of the federal investigation into Gaetz.

The Trump-endorsement attack annoyed Gaetz so much that he hounded a Business Insider reporter on Twitter for printing it in a story. He later tweeted the text of a new endorsement from Trump, who had verbally issued an endorsement before that.

A Department of Justice spokesperson couldn’t be reached for comment about the sex trafficking case, but the agency typically does not indict 90 days before an election. In January, Gaetz’s ex-girlfriend testified before a grand jury investigating him, but the case has seen no major movement since then.

Gaetz’s possible opponents are Democrat Peggy Schiller or former Florida health department worker Rebekah Jones. Jones was temporarily removed from the ballot over questions about her party qualifications, but an appeals court reinstated her the day before the election.

Previous articleHow damaging was the mishandling of classified documents at Mar-a-Lago?
Next articleTen Scalding pictures of ‘HIT2’ actress Komalee Prasad