A video, which has been shared on Reddit, shows hundreds of ducks circling around a white Multi-Purpose Vehicle (MVP). They are completely blocking the car’s way. 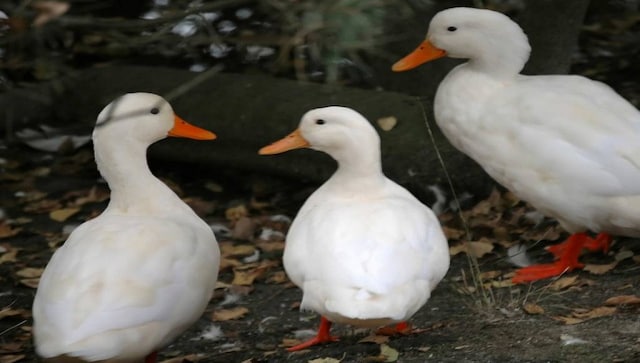 If one of your colleagues makes an excuse to the boss that they got late for work because some ducks stopped them, then would your boss believe that? Probably, no. But this kind of bizarre incident did actually happen. A video, which has been shared on Reddit, shows hundreds of ducks circling around a white Multi-Purpose Vehicle (MVP). They are completely blocking the car’s way.  The car is unable to move an inch in any direction as the birds happily circle it. Some other vehicles further down the road are also seen waiting for the ducks to disperse.

We are sure that this bizarre, yet funny, video will bring a smile on your face. The footage has gotten more than 65,000 views, and 2,300 shares. The video was captioned, “Hundreds of ducks surrounding one particular car.”.

Have a look at this video here:

The clip has received several hilarious comments.  “Why were you late today? It was the ducks, sir”, commented one user.
Another wrote, “They are celebrating the giant egg that will hatch their new good to finally take the world back and have us be bread slaves.” “I’ve seen something like this before. The queen duck is trapped in that car and the rest of the hive is trying to save her.”, one account jokingly wrote.

This is not the first time that a delightful video of ducks has gone viral. In June, a video showing two police officers helping a mother duck and her family cross a busy road of Paris won hearts. Shared on Instagram by an account named Alix Guy, the video shows the little ducklings following their mother as she tries to move towards a road. As soon as the police personnel sees this, he stops the traffic to ensure that the cute birds could safely cross the street.

The video won hearts online, with several people calling it “the cutest thing” they had ever seen. Many also hailed the police personnel for making sure that the birds were unbothered by the traffic.  The clip has garnered over 1.5 million likes till date.

Previous articleSurbhi Jyoti’s 9 pics that will make you crave a holiday
Next articleKarisma Kapoor and Salman Khan’s ‘first foreign outdoor’ shoot was for Jeet, she shares pic as film clocks 26 years