Move over humans, China testing fish and hippopotamus for COVID-19

In China, an official notice said that apart from humans, some forms of sea life are also expected to join the latest COVID-19 mass-testing drive 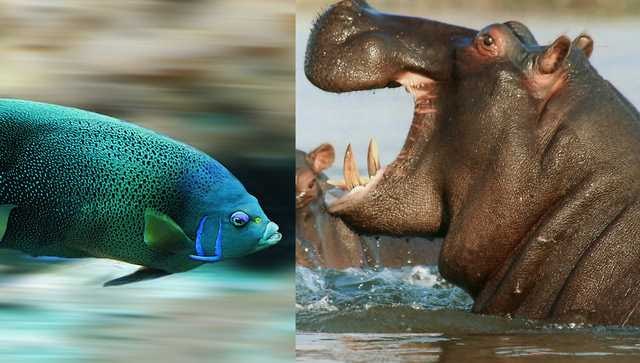 Beijing: China is on war-footing in its attempts at eradicating COVID-19 from the country. More than five million people have been ordered to undergo COVID-19 testing in Xiamen, a coastal city of China, after 40 new cases emerged recently.

However, humans are not the only creatures being tested for the deadly virus.

Who all are getting tested?

As per a report by BBC, apart from humans, an official notice states that some forms of sea life are also expected to join the latest mass-testing drive. In recent weeks, Xiamen’s Jimei Maritime Pandemic Control district committee issued a notice stating that when fishermen returned to port, both the humans and their catch had to be tested for virus.

Fish are not the only creatures being tested

Turns out, however, fish are not the only non-humans having to undergo COVID-19 tests during China’s battle against the COVID-19 pandemic. In May, official media from the country circulated footage of a hippo being tested at a wildlife park in Huzhou in eastern Zhejiang, stating it was necessary for the animal to be tested twice a week.

Similarly, as per a report in Global Times, all pandas at the Chengdu Research Base of Giant Panda Breeding in Southwest China’s Sichuan Province were tested for COVID-19. The results came negative.

Why the recent testing on fish?

As per BBC, an employee of Xiamen Municipal Oceanic Development Bureau told the South China Morning Post newspaper that they have taken lessons from Hainan, which is witnessing a severe outbreak.

Authorities believe that the outbreak in coastal regions is likely linked to fishing community and that sea life may have links to the coronavirus. While it is unlikely that seafood could be a host, many of China’s outbreaks are linked to port workers handling cold chain goods.